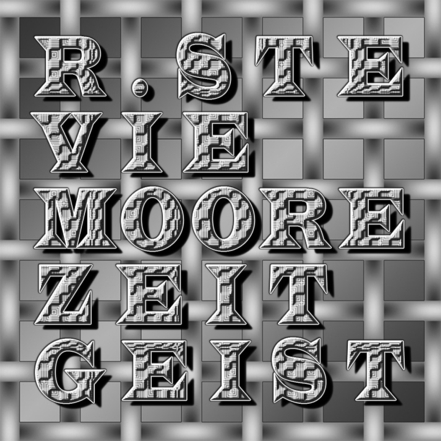 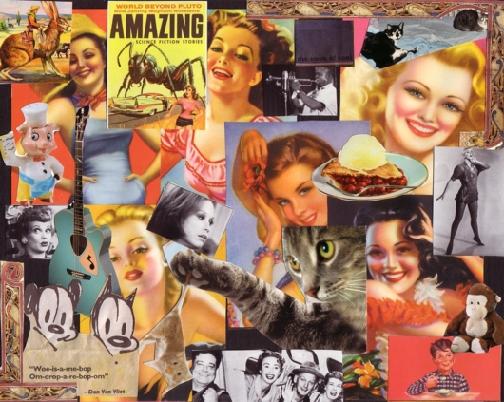 beset with trials and tribulations, this recording was gathered from numerous homemade projects, covering the scattered period from late 2005 into April 2006. most all of the playing is awful, and the voice sure ain't what it used to be. hence the wink. ---- ---- love is dead, pal. questions? comments? consult the artist's bloog. and leave a greenback in the collection plate. no peace, no love.

Little bump on my right ear
A good cast is worth repeating:

Enter if you dare, exit if you can!

The original Semitic letter was probably inspired by an Egyptian hieroglyph for "head", pronounced ''t-p'' in Egyptian, but it was used for R by Semites because in their language, the word for "head" was Ręš (also the name of the letter). It developed into Greek ? {{polytonic|??}} (Rhô) and Latin R. It is likely that some Etruscan forms of the letter added the extra stroke to distinguish it from a later form of the letter P, although the similarity of the proto-Semitic glyph to the modern form with the added stroke is striking.

See rhotic consonant, r-colored vowel, and guttural R for discussion of the family of 'r' sounds.

The minuscule (lower-case) form of r developed through several variations on the capital form. In handwriting it was common not to close the bottom of the loop but continue into the leg, saving an extra pen stroke. The loop-leg stroke shortened into the simple arc used today.

Another minuscule, the r rotunda, kept the loop-leg stroke but dropped the vertical stroke. It fell out of use around the 18th century.

The numeric character references in HTML and XML are "R" and "r" for upper and lower case respectively.

* R is the symbol for the currency of South Africa, the rand.
* In architecture, R-value is a non-SI measure of thermal resistance used in housing insulation.
* Rip-roaring
* In biochemistry, R is the symbol for arginine
* In calendars, R is often used as an abbreviation for Thursday instead of T, to avoid confusion with Tuesday
* In chemistry,
** ''R'' denotes the gas constant
** In organic chemistry, R (from German ''Rest'') is the symbol for an unspecified hydrocarbon chain
**In stereochemistry, R (rectus) signifies clockwise arrangement of substituents around a carbon atom using the Cahn Ingold Prelog priority rules
* In chess, R is a notation symbol for the rook piece
* In the RGB colour model, R stands for the colour red
* In commerce, R with an enclosing circle, ®, denotes a registered trademark
* In complexity theory, R is a commonly-used name for two complexity classes:
** The class of recursive languages
** Right Nice.
** The class of languages solvable in probabilistic polynomial-time with one-sided error, also called "RP"
* In computing,
** R is the name of a statistical programming language based on S; see R programming language
** r is sometimes used as the symbol for the rune 16-bit unit
* In driving a motor vehicle, R designates the reverse gear of a transmission
* In electrical engineering, ''R ''is often the variable for electrical resistance
* In film, R is a rating given for films given by film classification boards (such as the Motion Picture Association of America in the US), meaning "restricted"; see R (rating)
** R is a character in the James Bond film ''The World Is Not Enough''
* In finance, R is the U.S. ticker symbol for Ryder Systems Inc.
* In geometry, ''r'' is often a variable for the radius of a circle
* In law, the abbreviation "R." or "R" stands for either ''Rex'' (King) or ''Regina'' (Queen) depending on who is sitting on the throne at the time. The title is mostly used by Commonwealth countries in Case citation|citing a criminal case to represent the prosecuting party (i.e. The Crown). In the United States, the term "United States" is usually used, or informally "the people" is sometimes used.
* In mathematics,
** the symbol ℛ (script capital R, Unicode $211B) represents the Riemann integral
** the symbol ℜ (black-letter capital R, Unicode $211C) represents the real part of a complex number
** blackboard bold \mathbb{R} or ℝ (double-struck capital R, Unicode $211D) represents the set of all real numbers
** ''r'' is occasionally used as a variable to stand for a prime number that is somehow larger that two other prime numbers ''p'' and ''q''. For example, an arbitrary sphenic number ''n'' can be expressed as n = pqr where p < q < r.
* In music, **''R'', also known as Rated R (album) is a Queens of the Stone Age album.
**''R.'', is a 1998 album by R. Kelly
**''R'', is a 1979 cassette album by R. Stevie Moore
* In navigation, R denotes the relative direction "right"; see left and right
* In physics,
** R is the symbol for roentgen, a unit of dosage of ionising radiation
** °R or °Ra is the symbol for the Rankine degree
** °R or °Ré is the symbol for the Réaumur degree
** °R or °Rř is the symbol for the Rřmer degree
** r stands for ''revolution'' in units of measure of angular velocity such as the ''revolution per second (rps)''
* As the first letter of a postal code,
** In Canada, R stands for Manitoba.
* In radiocommunication, R is one of the ITU prefixes allocated to Russia
* In the romanization of the Japanese language, the letter R was selected instead of the letter L for the syllables in the tenth tier of the kana, for both the Hepburn system and the Kunrei, amongst others.
* In statistics,
**R is the name of a statistical programming language based on S; see R programming language
**''r'' is the Pearson product-moment correlation coefficient
*In chemical engineering, ''r'' denotes the molar formation rate per volume (mol s-1 m-3)
* the 3 Rs (Reading, wRiting and aRithmetic)

...............Stereo Review says, "Our Stevie continues his dizzying quest for social and cultural insignificance!. B++"

"What's with the constant cellphones, people? Y'all ALL playing the NETWORKING game now? How the fuck did ya ever survive without em before? The whole goddam world has now turned into one big loud phone booth! Flick open yer little silver kiddie toys with 2-inch screens. They leave their apartments and go straight to making their next call while walking out! And driving away! Are you kidding me? Weren't you just now at home near your own personal private land line? Walkie Talkie Honkeys. Must multitask! This can't wait! I just love the sound of my own voice, can you hear me jabbering nonstop to you? Talk dirty to me. Oh! Sorry, gotta go. Somebody else is waiting next in line. Call me right back, please. Setting up yet another deal. Urgent reply. We must exchange vital information 24/7. Until we're blue in the face."

Stop the music, where're the tissues...