EVERYTHING
Buy RSM at iTunes
Buy EVERYTHING at Bandcamp 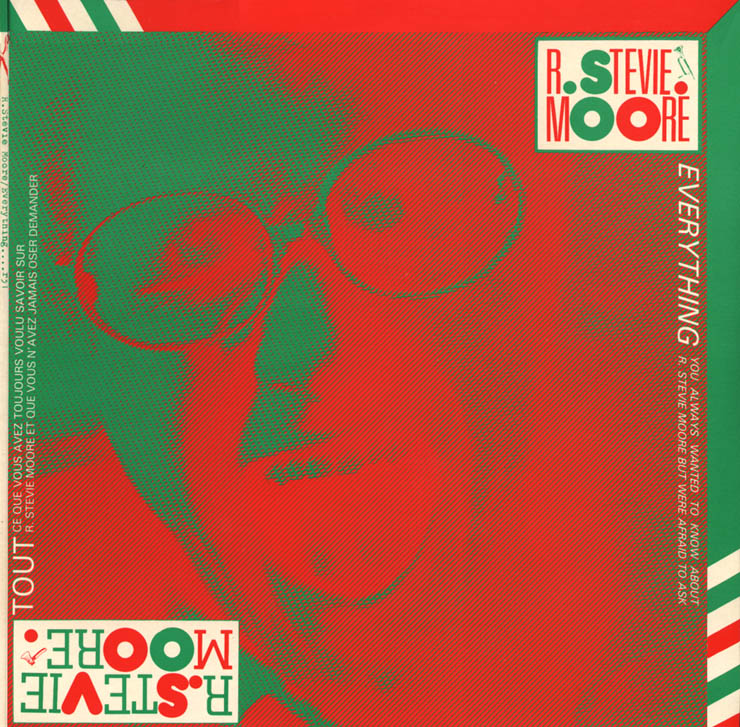 YOU ALWAYS WANTED TO KNOW ABOUT 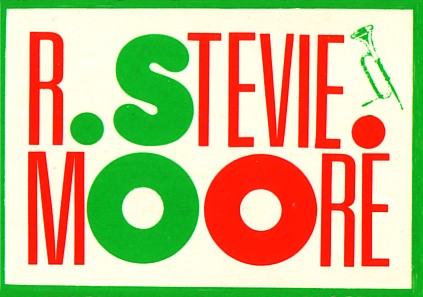 BUT WERE AFRAID TO ASK 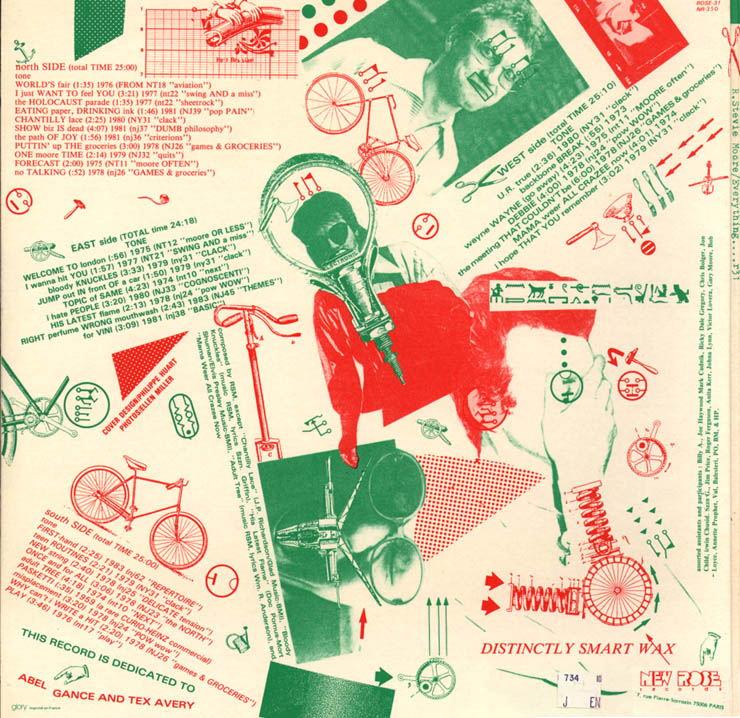 Robert Steven Moore was born Friday 18 January 1952 in Nashville, Tennessee to very young, struggling parents. His father (Bob Loyce Moore, b. 1932, Nashville) was a string bass fiddle player just starting to make a name for himself in the country music industry there in his own hometown. He had married a girl from Paterson, New Jersey named Betty Agnes Palmer (b. 1934), and brought her back down south. There, Bob worked both on the road and in the recording studios, backing such artists as Red Foley, Uncle Dave Macon, Curly Fox & Texas Ruby, Cowboy Copas, Little Jimmy Dickens, Eddy Arnold, Jam Up & Honey, Jim Reeves and others. Little Stevie was fairly oblivious to what his pa was really up to, but it didn't take long for his young ears to open wide for the world of sound. 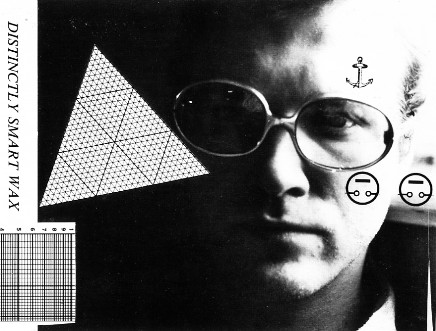 He was raised within a growing success story, his father becoming quite the bassist and session leader in demand. Nashville was exploding as a new music capitol of the world, and Bob was there helping build it. Stevie's upper-middle class childhood was comfortably normal, and as well as TV, homework, and sports, he took piano lessons and got his first guitar at age 10. Dad was in L.A. recording with Elvis! 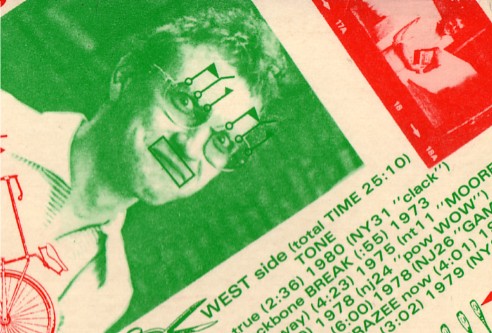 Until he finished high school and left home in 1970, R. Stevie's adolescent life of music was mostly "absorption" of the collossal Sixties, taking in anything and everything on AM radio, television, records, magazines, and the new teenage culture. He was a rather shy kid who didn't go out to play music with others; instead his practice and learning were confined to his solitude at home. Eventually, goofing around and forming small combos with a handful of buddies set in for awhile.

As early as 1966, Moore acquired an intense hobby: Home Tape Recording. In his basement he would assemble collections of sound and music with wild abandon, forming a habit that affects him to this day: R. Stevie never throws anything away. Combined with his naturally inherited earthy roots and southern purity (though he was disinterested in country & western), he genuinely embraced the entire spectrum of 1960's pop; from the smooth disciplined genius of the Beatles and Beach Boys to the crazed, maniacal experiments of Frank Zappa and Jimi Hendrix. And everything in between. A very confused yet enriching combination of Past and Future. 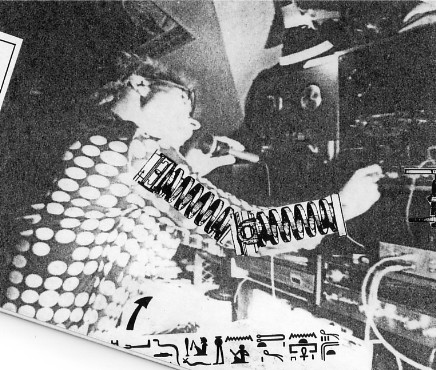 Yet, it was not until 1971 that Stevie took his tape recording seriously after having quit college, getting his own pad and meeting some new songwriter friends. Suddenly, it was the easiest thing to do: just get two standard reel-to-reel stereo tape decks together, and overdub it ad infinitum. Everybody else was following logical, formulaic patterns of plugging your songs, performing out a lot, and endlessly searching for breaks, connections and opportunities to go into a real recording studio on someone's faith and investment. The normal industry method. RSM never followed these guidelines, for better or worse. And again, to this day, he still sits home in his own patented noninvolvement.

Many years of development passed. Nashville and its predictable lack of real creative culture was starting to get to RSM. Many tapes and commercial endeavors came and went. From 1973 to 1977 a huge diary of song and nonsense was committed to recording tape and stored in a rack. It was as if R. Stevie Moore was living out his jealous fantasies of being prolifi-pop-star, just by releasing his own "albums" as often as his idols. It was a gratifying transformation of hobby into art, but soon it became a silly joke that all of this material was just lying around, amusing friends. Though he had worked with Earl Scruggs, Perry Como, and other local country names (and once even backed someone on the Grand Ole Opry), when Moore was hidden away at home, he wandered into musical realms unthinkable in this environment. 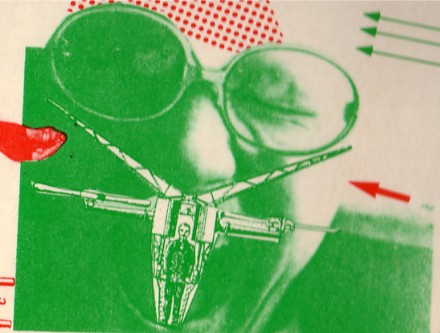 His only feint connection to the outside world of Rock Sensibility was through his uncle Harry Palmer up north in New Jersey. Here, RSM had understanding ears and he flooded his relative with copies of this madness he was creating. It wasn't very long afterwards that Stevie's mother's brother HP (who was in the music business too) decided to put some of his music on vinyl. The first album, PHONOGRAPHY, was pressed as only 100 in quantity, mainly just to send out to people and see what would happen. The year was 1976. Moore and his uncle were desperately trying to build something, limited to many long distance phone calls and mailings.

RSM was now in a rock band, doing mostly cover material, making one last ditch attempt to break out of constant Tennessee obscurity. The group had promise but eventually collapsed. Then, a review of PHONOGRAPHY appeared in Trouser Press magazine from New York, applauding the LP. HP pressed a higher quantity of an EP containing 4 songs from the album, for actual sale. RSM finally snapped and made plans to leave his hometown for the beckoning skyscrapers of metropolitan NYC.